Show Definitions
Amusement noun – The act or activity of providing pleasure or amusement especially for the public. Titillation and amusement are semantically related. In some cases you can use "Titillation" instead a noun "Amusement". Nearby Words: amusing, amuse, amused
Synonyms for Amusement

Show Definitions
Titillation noun – A pleasurably intense stimulation of the feelings.
Usage example: a cultural critic who argues that people have become too dependent upon the instant gratification and titillation that television and the Internet provide
Amusement and titillation are semantically related. Sometimes you can use "Amusement" instead a noun "Titillation".
Synonyms for Titillation 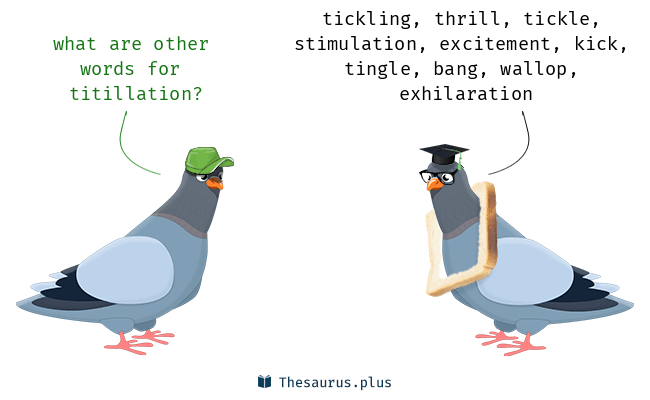 Google Ngram Viewer shows how "amusement" and "titillation" have occurred on timeline: