Defintions of Situations not found.
Stations and situations are semantically related. In some cases you can use "Stations" instead a noun "Situations". popular alternative
Synonyms for Situations

Show Definitions
Stations noun – (Roman Catholic Church) a devotion consisting of fourteen prayers said before a series of fourteen pictures or carvings representing successive incidents during Jesus' passage from Pilate's house to his crucifixion at Calvary. Situations and stations are semantically related. You can use "Situations" instead a noun "Stations". popular alternative
Synonyms for Stations 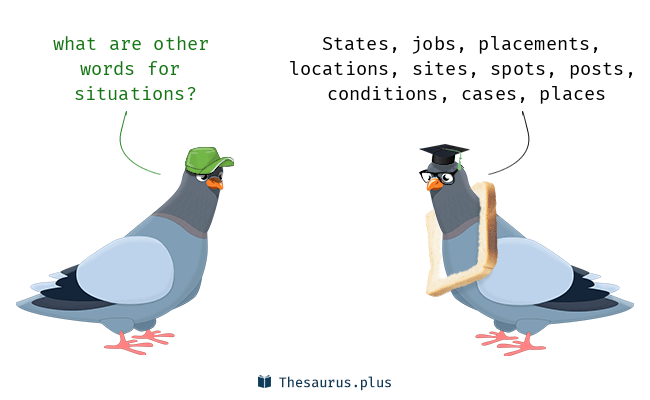 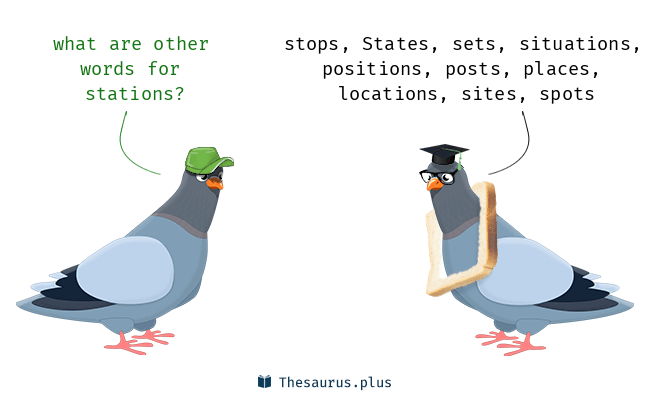 Google Ngram Viewer shows how "situations" and "stations" have occurred on timeline: